Dr Hani Abul Khair brings to IQRA College 15 years of high school teaching and school management experience including 12 years research background in Science and Geology. His extensive background as a PhD holder in Geology, along with his leadership and the knowledge and experience in the Islamic Studies, Religion and Worldview, is an integral aspect of assisting our IQRA students to be better abiding citizens in the community and society. His leadership skills are apparent from establishing and managing several community-based not for profit organizations.

Hani completed a Bachelor of Earth and Environmental Science from Yarmouk University / Jordan in 1993. In the same year, he started his Master of Geology which he completed in 1996 and finished a Phd in Geology from University of Jordan in 2008. Hani worked as a teacher for General Science and Geology subjects in the period 1995-2009 in Al-Ittihad Secondary School (classified as one of the top achieving schools in Jordan). He was the first geology teacher and helped in managing the senior school which contained 1300 students.

Hani moved to Australia in January 2009. Prior to joining IQRA College, he worked at the University of Adelaide, Australian School of Petroleum, as a lecturer and researcher until 2015. He then moved to Malaysia to join Petronas (Malaysia’s National Oil and Gas Company) for 4 years before returning to Australia. His early years in IQRA College was as a religion teacher while studying for a Master of Teaching. Today, Hani is the School Principal, leading and managing the IQRA community with full enthusiasm, trust and commitment. 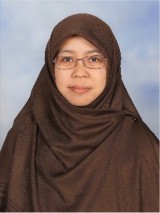 Nur Jannah Kuning has extensive years of experience working with children, educators, and parents. She has previously served as a school principal, teacher, trainer, and curriculum developer in Singapore. Her work brought her to a few countries including Italy, Perth, Sri Lanka and Malaysia. In Adelaide, she continued her enthusiasm in teaching by joining an early years centre as a Team Leader before joining IQRA College in 2018 serving as a Teacher and now the Deputy Principal. She is an active member in not-for-profit Muslim organisations previously in Singapore and now in Adelaide, focusing on youth and women’s programme.

She graduated from the University of South Australia with a Master of Teaching and University of Melbourne with a Bachelor of Early Childhood Education. She also received a Diploma in Leadership from Wheelock College, USA, a Certificate in Management and Administration from the National Institute of Education, Singapore, and a Certificate in TESOL (UK). An avid learner, she is currently studying a master’s degree in Islamic Studies.

Jannah had the privilege to participate in the Reggio Emilia International Study group in Reggio Emilia, Italy, which influenced her viewpoint on children’s education for form and meaning. She also had the privilege to learn from the late Mr Dawud at-Tauhidi who was the educational advisor for a school which she helped to co-found. Mr Tauhidi, a co-founder of Crescent Academy International (USA) before his demise, developed the Tarbiyah Project.

Her other key achievements in her education journey were being selected as a valedictorian and won a book prize for outstanding performance (Wheelock College, USA), received an Exemplary Teacher Award (Darul Ghufran Mosque, Singapore) and had co-written an integrated Islamic workbook series.

“I believe every child is gifted in their own ways. It is our mission to help, teach and engage children to develop their strengths, identify their potentials and believe that they are placed on earth by Allah (SWT) for a meaningful purpose. I look forward to consistently work collaboratively with the school community (staff and families) in delivering the school’s vision, curriculum goals and objectives, In shaa Allah.” 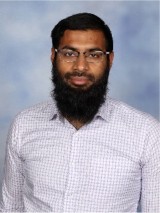 Shahiq Sarkar is one of the first few staff who joined IQRA College since the first day it began. He started as an Accounts Officer and now given the trust as the Finance Manager. At a personal level, he helps manage community events as an active member in an Islamic organization in Adelaide.

Shahiq graduated with a Bachelor of Commerce from the University of Adelaide and currently undertaking the Chartered Accountants ANZ certification.

“I envision IQRA College to be the best Islamic school in Australia and will do my utmost best to help the College acquire top resources to achieve that vision.”